And this is entirely true. The (estimated) numbers of casualties make it extremely surprising and also truly inexplicable that EU-wide statistics on residential fires are not available. Up-to-date, good and reliable data is an essential part of pursuing a good fire prevention policy. However, it is just not known what is exactly happening when it comes to fire in the residential environment. 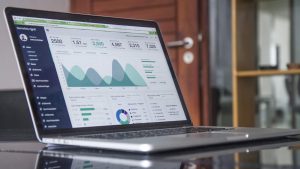 Although there is an enormous amount of figures, studies, reports and documents available in different European countries,
there is a lack of overarching EU-wide data regarding residential fires and common definitions. However, there is some European data available. In 2018, for example, research commissioned by the EuroFSA was published on fatal residential fires in 9 European countries. As the EuroFSA expects individual countries to be better equipped with broader statistics on fire safety, it aims to share national data at a European level.

The EU also realised that the lack of EU-wide data and the lack of an EU-wide format for data collection poses an obstacle to data comparison, and thereby to effectively assess potential best practices and successful (fire) safety approaches. As a result, a pilot project proposal on fire safety was adopted by the European Parliament in 2018. The European Commission is now responsible for the implementation of the pilot project to close the existing gaps in fire data. This pilot aims at mapping the existing data and at developing a proposal on how the lack of common data can be remedied. As such, it aims at paving the way for pan-European fire safety efforts.

The initiative is certainly a step in the right direction. This is because improving safety in the residential environment can only be effective when knowledge is available about the chances, circumstances and effects of residential fires. However, there must be an immediate follow-up to this pilot project on fire statistics.

Who are most at risk?
From the data gathered from several countries, it is known that the elderly, children and people with a physical disability are the most common casualties of a residential fire. But in order to know what to do about this, one also has to be known why this is the case. Figure 8, taken from the study into fatal residential fires in nine European countries, shows, for example, that reduced self-reliant people (such as the elderly) are often the victims of a fire even if they are on their guard. Moreover, the data shows that the presence of a smoke detector offers no true solution for this risk group. This shows that more insight into data results in a better understanding of what the risk groups are and which solutions do or do not work for these groups.

What should we focus on?
As approximately 80% of all fire-related deaths and injuries happen in homes, good statistics must be collected on precisely these types of fires. These statistics should not only focus on the occurrence of such fires but must also provide a set of data on at least the human characteristics, the building characteristics, and the fire characteristics. Because it is precisely this combination of characteristics that provides a useful insight into what is happening and with which measures the fires and casualties can be prevented.

Human characteristics are, for example, gender, age and the degree of self-reliance of the victims. Building characteristics include the type of dwelling and the construction used and the insulation materials. The cause of the fire, the source of ignition and the room of the seat of the fire are examples of fire characteristics that should be included in these statistics.

With so many fires, injuries and deaths, it is not even necessary to collect information on all residential fires. A random sample would already be sufficient to have a reliable picture of the residential fires in the EU. Based on these statistics, measures can then be taken to limit the number of residential fires and their casualties.

How do we improve EU-wide data collection on residential fires?
To make the data from different Member States comparable, the European Commission must take the lead. The first important step has been taken with the launch of the EU pilot project to investigate how the Member States collect data on fires and also to see how several countries outside the EU do this. However, because having reliable and comparable data is so important, this pilot project on fire statistics should only be seen as a first step in the right direction. Furthermore, as it takes at least five years before enough data is available to implement actual policies based on the statistics, no time should be waisted after the project is completed. The pilot project must therefore be immediately followed up by actual data collection at a European level and integrated within Eurostat. To do so, the pilot project should be followed-up by a preparatory action again initiated by the European Parliament.